Taiwan-based Yan Yang (Shiang Yang) was formed in 1992 as a manufacturer of EDM accessories but quickly moved into developing its own products; initially these included a patented power-unit cylinder and revolving spindle. The success of these products resulted in the creation of Yan Yang Precision with the focus on designing and developing EDM drilling machines. In addition to developing the hardware Yan Yang also has an in-house team working on the design of software and dialog interfaces that can be tailored to individual customer need in order to simplify the machine operation and make the user/machine interface a straightforward interaction.

Its wide range of machines includes standard machines aimed at the drilling of carbides, through to high-end CNC machines with up to seven axes under CNC control allowing complex angles to be machined in areas such as jet engine and other aerospace applications. Accutex’s goal is to solve the problem instead of making problem. 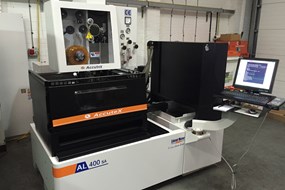